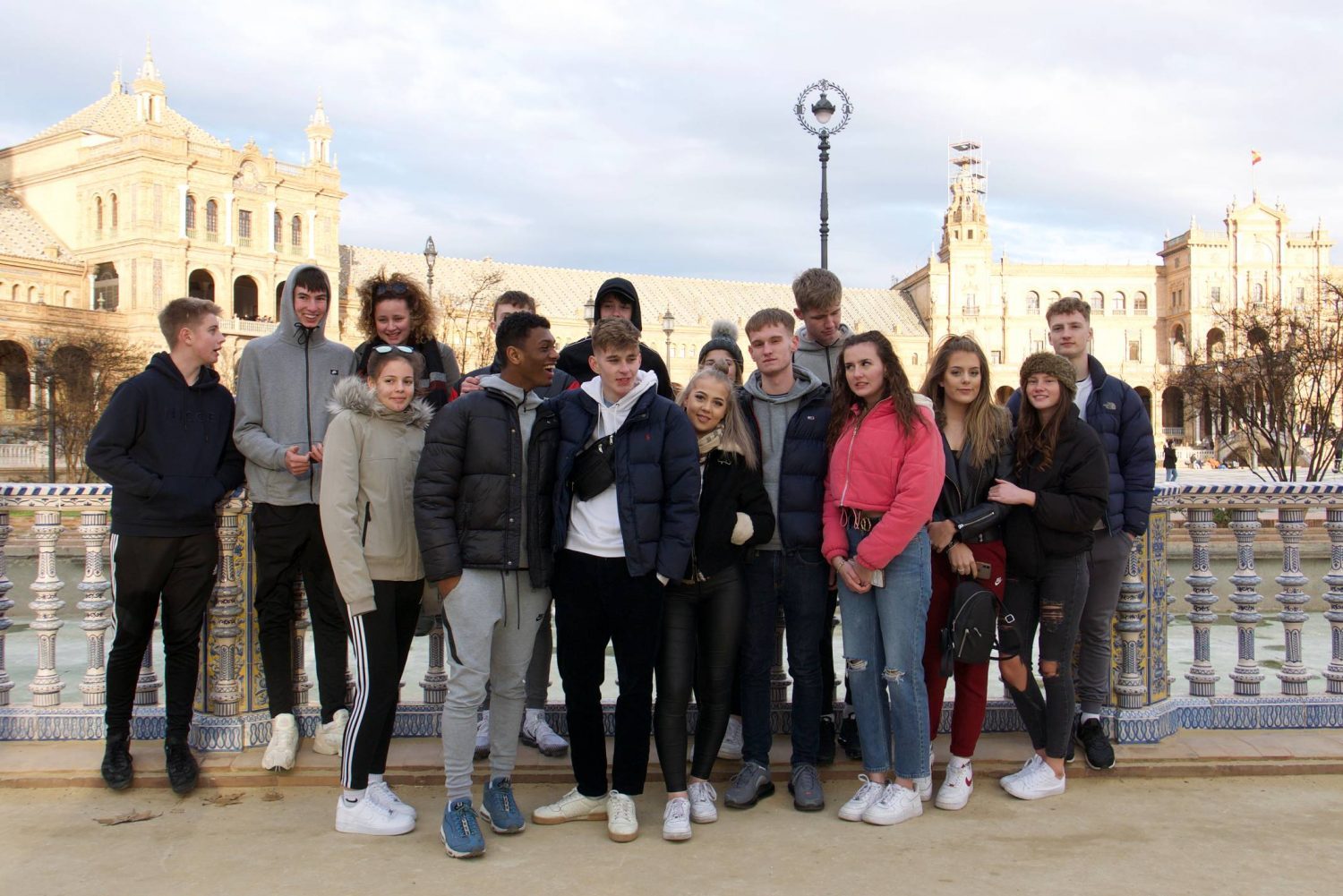 This January, we welcomed the students from Chichester College to spend two weeks with us in Seville in order to learn about Spanish culture, language and how to play sport like the Spanish!

The students from this college in Chichester, West Sussex completed a two-week placement with us and World Player Internacional (WPI) sports group in order to learn about Spanish football and sport practice. These students are completing Sport Level 2/3 and Extended Diploma, Sport Science Level 3, Football Coaching certificate respectively in the UK

Whilst here with us in Seville, Chichester College have had the opportunity to learn about Spanish culture and language, through activities such as a historical tour and a bicycle tour of the city’s sites, from the Catedral de Sevilla to the Plaza de España, a visit to the Real Alcázar and Spanish lessons with 3Si’s Spanish tutors. According to the students the Historical tour was ‘quite eye-opening’ as walking through Seville it is easy to spot the multiple cultural motifs of past civilisations such as the Torre del Oro, which student Carmen found ‘really cute’, and the ‘beautiful’ Catedral de Sevilla.

On the bike tour, the College was best able to experience the wonders of a flat city, by traversing the multitude of cycle paths throughout the city. Not only were they able to see the wonders of Seville but were also able to clock in a load of kilometres of cycling which must be good fitness training!

Watch the video to know more about their activities! 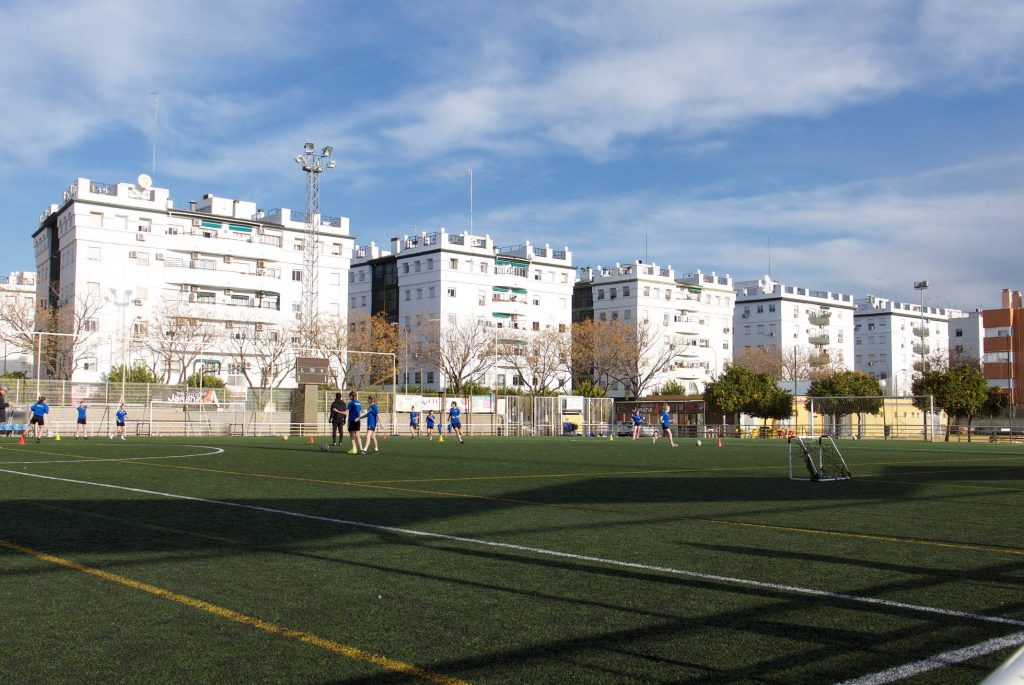 In Seville, football was at the centre of things for Chichester College. Every day the students were up early in order to train with our Spanish coaches. Seeing the students on the pitch, it was clear to see the enthusiasm instilled by the Spanish coaches. Passes were skilled and controlled, and the players coordinated themselves well as a team. 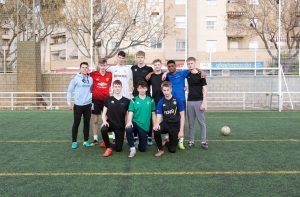 The difference in English and Spanish football was also felt by the Chichester College students:

‘[Style of play was] more about keeping the ball, less fast paced and more tactical’ – Connor

‘More possession-based, the drills we’ve been doing is about keeping possession’ – Amy and Kat

‘The style of play is quite similar but the way we train is different; more intense and technical rather than game-based’ – Alex 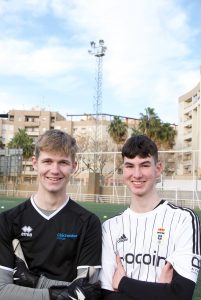 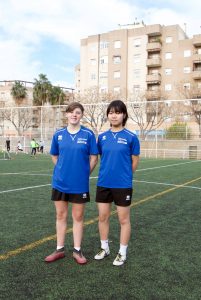 Training wasn’t the only football they were involved in. The school also had the chance to see underdogs Real Betis thrash Real Sociedad 3-0 at the Estadio Benito Villamarín, in a heated La Liga game, followed by an extensive tour of the stadium and changing rooms once play was over. Students Amy and Kat found the experience ‘insane’ and ‘amazing’ whilst Alex concluded that the style of play in Spain was ‘quite similar but… more intense and technical rather than game-based’.

Watch the next video to learn more about them!

All this training was in preparation for the teams’ final test; games against the local teams: Calavera FC for the Boys and Honeyball and CD Hispalis for the Girls. Both the Boys and the Girls teams played two games each, one in the first week and one at the end of the second week. In the first week, the Boys’ team lost 3-0, setting up for a heated game as they sought to improve on their previous performance and make a comeback. For the Girls, they won their games, 3-0 and 1-0 respectively. In the first match against Honeyball, the Girls dominated throughout, not allowing the opposition team any chances to retaliate by continuously applying pressure on their defence. In the second match against Hispalis, the game was far closer, with many opposition shots coming dangerously close to goals, nonetheless the Girls successfully held their lead throughout to win once again. 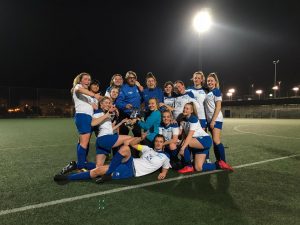 We joined the Boys at their hostel before the game; the energy was palpable as they reflected on their previous performance and discussed tactics for the upcoming game. They realised this was going to be a challenging game as the Spanish side were known to be physical on the ball and skilled at passing allowing them to exploit weaknesses in the English side as well as this an injury to their goalkeepers hand had meant that a midfield player had to step in in goal. Despite this the general feeling was optimistic and enthusiastic; they had learnt from their previous mistakes and knew what had to be changed. 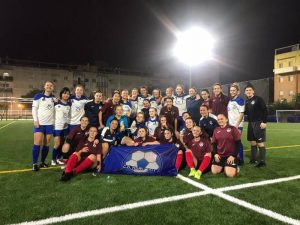 Kick off began at dusk with the sky emblazoned red and the players lit up by the neon overhead lights, the sizable Chichester College supporters huddled together on the stands, the loudness of their chants gave the impression of a far greater group. After a few close crossbar shots by Calavera FC, Chichester was able to make an effective counterattack scoring from a corner; the away stands erupted in cheers and Chichester chants. This triumph was short-lived however as Calavera equalised following a show of flair by the Calavera striker in sidestepping two defenders. 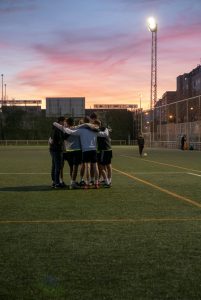 At half-time tensions were running high, but determined, the Chichester Boys returned to play with ferocious momentum, scoring another goal. This ramped up tensions on the pitch as Calavera responded with great physicality, allowing them to equalise before scoring a third goal with only a few minutes before the final whistle. This must have been a disappointing result but I’m sure they are proud of themselves for putting the work in at training and giving Calavera FC a challenging game.

After two weeks in Seville, the Chichester College students had to leave us. 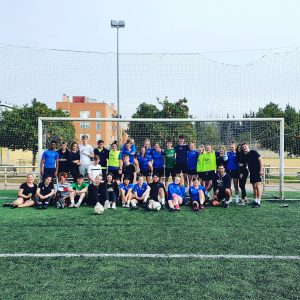 Before they went we questioned them on their final verdict of their experience in Seville. For some, it was the food (especially the ‘amazing ice-cream’ according to Nic) that they found most enjoyable whereas others found the ‘exotic’ architecture, the ‘insane’ football or the ‘super friendly locals’ most endearing about our city Seville. There was something for everyone here, although perhaps not the weather as it was unfortunately raining most days they were here. Nevertheless, this didn’t scare them off as most admitted they would definitely return one day, perhaps with more suitable clothing next time around.