Sofia is the leader of knowledge management and community relations at ZEMOS98, a company involved in the elevation of the relationships between activists, artists, academics, foundations and public institutions in order to bring about social change. At ZEMOS98, Sofia works in a multitude of national and international projects, such as ‘MediActivism’, a project aimed at raising social awareness about housing and public space, in response to the worsening city living conditions imposed by neoliberal economic policy.

Within this work, Sofia is particularly interested in the transformative potential of feminism.

How did you start working at Zemos98?

I started working at Zemos98 thanks to an internship I did when I was studying communication at University. I already knew the project and its members, as I used to attend several events in the framework of Zemos98 Festival. When I learned that the University had an internship agreement with them, I didn’t want to miss the opportunity. Then I got hired and kept working there until 2014, when I became a partner of the cooperative.

Before working in Zemos, did you find that your sector could be harder for women? If so why?

The professional world, just like every aspect in life, has always been harder for women. Even feminised sectors cannot escape the Western world’s patriarchal culture that penalises women for being women. In my company we have worked hard to eliminate these barriers on a daily basis. If we understand culture as the sector I work in, we see every day how women are invisible, how their work is discredited and how we are constantly judged when we try to conquer the public space. Women are not only pursued by the male gaze, but we question ourselves with the increasingly popular ‘impostor syndrome’. That thin line between insecurity and lack of self-esteem, in many cases, does not have a personal but a social origin.

"A feminist school is a guarantee of an egalitarian society." 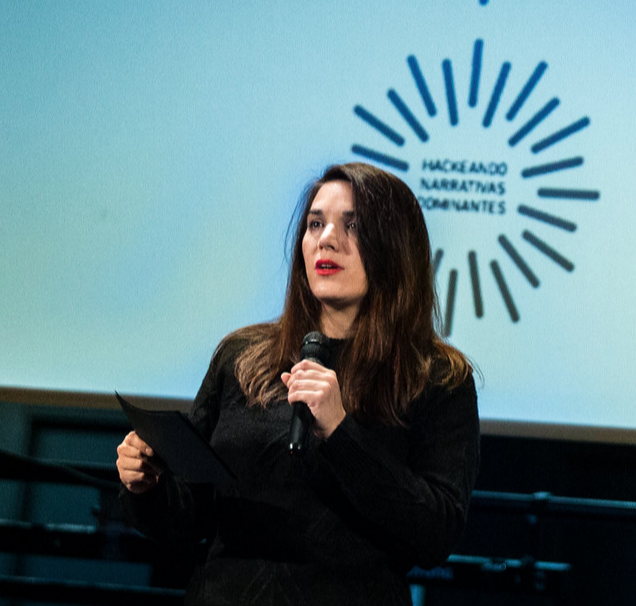 What kind of barriers have you find in your professional live?

Every day I find barriers: from the (sexist) microaggressions to more structural issues. I have attended meetings in which I have not been looked at, I have practically not allowed speaking, or it has been taken for granted that my position was inferior to my male partner’s. In collective contexts, it is difficult to make suggestions, as they are not taken with the same seriousness as those of men. It is usually common that a man repeats something that I have said before but re-worded. Some men have even explained to me something that was part of my specialty (the famous ‘mansplaining’).

What do you think is the key factor in the fight against the sexism?

The first opportunity framework for a more egalitarian and democratic society is school! It is the natural environment in which boys and girls learn to respect their peers and their environment. It is the main tool to eradicate gender stereotypes. A feminist school is a guarantee of an egalitarian society.

What does women’s day mean to you?

It is an opportunity to focus on the demands of feminism, to occupy the dominant narratives and to take the streets to remind us that we are not alone, that we are not afraid and that the future of our daughters will be, for sure, better than our present.